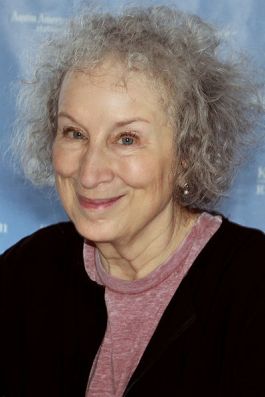 B.A. Victoria College at the University of Toronto, Toronto Canada

My latest search for the ultimate climate change thriller series has led me to Margaret Atwood’s MaddAddam series as a number of ecofiction sites have listed it as one of the best for climate change. Of course, I had to check it out. I do have to say, however, it is not quite up to the expectations that I think would be a good climate change series mainly because climate change is not the main focus. Yes, there is an allusion to climate change, but the series really focuses on all the ailments that plague modern society that lead to the ultimate demise of humanity.

One of the major topics that Atwood focuses on throughout the series is the marriage between science and the corporate world. In the world of scientific funding, there is two types of science, basic and applied. As far as I’m concerned there is only one type of science which is basic. Basic science is the discovery of something new in our understanding of how the universe and nature works. But applied science is taking what we already know in the world of science and applying it to things that will supposedly better mankind such as pharmaceuticals and, of course, the all-important weapons of mass destruction. For the corporate world applied science means dollars, as anyone who has made a recent trip to the pharmacy and doesn’t have health insurance could tell you. The problem with the merging of science and the corporate mentality is greed and greed often leads to unethical practices. If we don’t keep in check our manipulation of nature, Mother Nature is going to have a big hissy fit, one for which we may not survive. Margaret Atwood makes it glaringly clear in this series as to why this is true.

The series begins shortly after a plague has decimated most of the world’s population with flashbacks of events that led up to the catastrophe shown through the eyes of three characters; Ren, Toby, and Snowman, also known as Jimmy. Through these flashbacks, the reader gets to visualize the worst that humanity has to offer. Overpopulation, degradation in societal norms, corporatocracy, ethical malpractice of science, climate change, family dysfunctionality, and plenty more. It is hard to like the human race after reading this trilogy which leads up to the character Crake. Crake is a central figure in the series as his actions ultimately affect all the characters in the series. Is Crake the villain or is he the hero? This is something that I asked myself throughout the series and I have yet to have an answer.

I wouldn’t call the series a thriller even though there are a number of thrilling moments throughout the series. Oryx and Crake could be read as a standalone, but if you plan to read the whole series, read them in order. With the success of Atwood’s The Handmaid’s Tale television series on Hulu, I am sure that it won’t be long before we see MaddAddam made into a television series as filmmaker and director, Darren Aronofsky, is presently working on this project.

What about the science? Though Margaret Atwood is the daughter of an entomologist, she is not a scientist. However, she has a fairly decent understanding of technology, as she is the brainchild of a technological product known as LongPen. Though most of the genetically engineered animals that she mentions in the series seems a bit far-fetched, there is a certain element of reality. The genetically modified pigs that are designed to be human organ donors that Atwood calls pigoons is just a one step away from reality, as a company known as eGenesis along with other scientists are using CRISPR technology to attempt to do exactly what Atwood envisioned when she wrote Oryx and Crake back in 2003.

The Crake Technical Word in Review: Salicylic acid-is the active form of a drug that everyone should be familiar with, acetylsalicylic acid, or better known as aspirin. Salicylic acid exist naturally in various forms in many plants especially from the bark of the willow and poplar trees. Since ancient times, it was known that the bark of the willow tree help to ease pain and reduce fever. In 1828, Johann Buchner, a German pharmacologist isolated salicin, a glucoside derivative of salicylic acid from willow bark. It was named salicin after the Latin name for the white willow, Salix alba. In 1838, the Italian chemist Raffaele Piria elucidated the structure of salicin and found that it could be broken down into salicyl alcohol and glucose, a process that occurs when salicin enters the stomach. Salicyl alcohol will then oxidize to salicylic acid which is the active form of the drug. In 1860, Hermann Kolbe and Eduard Lautemann were able to synthesize large quantities of salicylic acid for commercial purposes. Unfortunately, consumption of pure salicylic acid is rather harsh on the stomach, so in 1897 Felix Hoffman at a drug and dye firm known as Bayer found that acetylsalicylic acid had a less irritating effect on the stomach than salicylic acid. In 1899, Bayer released it as a drug for public consumption under the name of AspirinTM.  Aspirin was considered the ‘wonder drug of the century’ and catapulted Bayer as a major company.

Once Aspirin is ingested in will eventually break down into salicyclic acid. Salicyclic acid reduces pain by inactivating an enzyme known as cyclooxygenase (COX) which is an important step in the production of prostaglandins. Prostaglandins are lipid compounds that have numerous functions which include initiation of inflammation which results in pain and fever.

Today salicylic acid is used as a topical drug to treat skin conditions such as acne and psoriasis.

“Toby has been called away on an errand of mercy, so let us help her by singing the Weeping Willow song!” Her intense, slightly flat contralto rose above the lacklustre voices of the children:

While I’m lying on my pillow, come and take my pain from me…

Hell would be an eternity of Nuala’s lyrics, thought Toby. Anyway it wasn’t the Weeping Willow, it was the White Willow, salix alba, with its available salicylic acid. That’s what killed the pain. – The Year of the Flood

Most Favorite in the series: Year of the Flood with a score of 4.06

Least Favorite in the series: MaddAddam with a score of 3.99

Snowman/Jimmy: Narrator of the first novel in the series, friend of Crake

Crake/Glenn: Boy genius who has an important role throughout the series

Amanda Payne: Ren’s best friend when she was at the God’s Gardeners, one of Jimmy’s girlfriends

Sometime in the future

Oryx and Crake is at once an unforgettable love story and a compelling vision of the future. Snowman, known as Jimmy before mankind was overwhelmed by a plague, is struggling to survive in a world where he may be the last human, and mourning the loss of his best friend, Crake, and the beautiful and elusive Oryx whom they both loved. In search of answers, Snowman embarks on a journey–with the help of the green-eyed Children of Crake–through the lush wilderness that was so recently a great city, until powerful corporations took mankind on an uncontrolled genetic engineering ride.

“Oryx and Crake wish you to have a better place than this,” said Snowman. “Where there will be more to eat.” There were nods, smiles. Oryx and Crake wished them well, as they always known. It seemed to be enough for them.

Looking for a review of Oryx and Crake?  Check out:

A Little Blog of Books

Book Reviews- Ramblings on What I Read 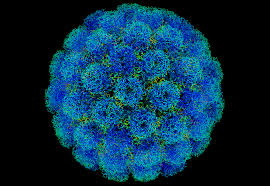 In the early morning Toby climbs up to the rooftop to watch the sunrise.

Toby: A young women rescued from an abusive boss by a group known as the God’s Gardeners

Adam One: The leader of the God’s Gardeners

Zeb: Lucerne’s boyfriend and member of the God’s Gardeners

Sometime in the future

The Year of the Flood is at once a moving tale of lasting friendship and a landmark work of speculative fiction. In this second book of the MaddAddam trilogy, the long-feared waterless flood has occurred, altering Earth as we know it and obliterating most human life. Among the survivors are Ren, a young trapeze dancer locked inside the high-end sex club Scales and Tails, and Toby, who is barricaded inside a luxurious spa. Amid shadowy, corrupt ruling powers and new, gene-spliced life forms, Ren and Toby will have to decide on their next move, but they can’t stay locked away.

Looking for a review of The Year of the Flood?  Check out:

Ramblings on What I Read

Out and About With the GeoKs

Violin in a Void

Down The Rabbit Hole 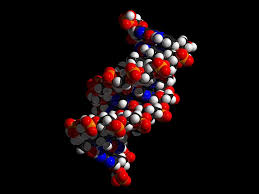 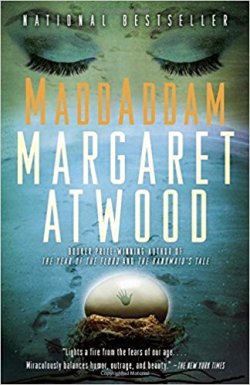 In the beginning, you lived inside the Egg.

Somewhere in the future

The Waterless Flood pandemic has wiped out most of the population. Toby is part of a small band of survivors, along with the Children of Crake: the gentle, bioengineered quasi-human species who will inherit this new earth.

As Toby explains their origins to the curious Crakers, her tales cohere into a luminous oral history that sets down humanity’s past—and points toward its future.

The main gateway was a biogeek challenge game called Extinctathon. Monitored by MaddAddam, it said: Adam named the living animals, MaddAddam names the dead ones. Do you want to play?

Looking for a review of MaddAddam?  Check out:

Down The Rabbit Hole

A Little Blog of Books