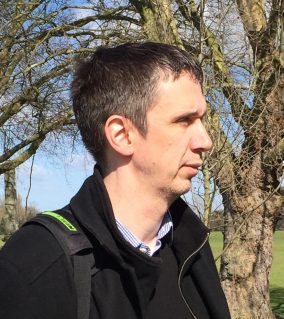 Future of the series: Batton is working on the next in the series which, at the moment, is entitled Symbiosis.

Review of the latest in the series – Resurface

When choosing an evil antagonist, thriller writers can select from a vast array of institutions that have the ability to create cataclysmic, mind-shattering, and horrific events on a global scale. A list of establishments that have great potential for being a host to Satan include government entities such as the British MI5, the FBI, the CIA, or my personal favorite, the ever present NSA. But one institution that stands above all others and can bring forth the worst that humanity has to offer is none other than the corrupt and greedy corporation. The corporations of today have money, lots of money, and with it power.  For some corporations the bottom line is profit and sometimes at any cost, whether it be environmental destruction, price gouging, slave labor, and I am sure many other fun-filled destructive measures, all of which ultimately lead to monetary revenue and satisfaction for corporate investors. Thriller author Tony Batton has created a particularly wicked corporation that in its quest for monetary gains and recognition, develops a technology that can have tremendous adverse effects on society, and they go about in not a very nice way.

The villainous corporation is Cerus Biotech run by CEO William Bern, who has a vision of being the next corporate leader to bring the world into the modern age and he is not about to let anyone or anything stand in his way. One victim of his plan is Tom Faraday, a newly hired lawyer for Cerus Biotech. Faraday takes on a job with Cerus Biotech believing that it would be a great boost for his resume, but instead of getting great dental insurance, he enters into a nightmare. During his trip into hell, he gets to meet a number of folks that take a great interest in him.  A couple of the good guys include Kate Turner, a journalist, who has taken an interest in Cerus Biotech and Tom Faraday may be the ticket to a great exposé, and then there is Dominique Lentz, a former employee of Cerus Biotech, who 25 year ago started a project that eventually she learned to regret.

Batton’s novel, Interface, is the first of a series and I do have to say that Batton seems to be a natural in writing a good thriller as Interface has more twist and turns than the Pacific Coast Highway.  Just as you think you have figured out the plot, Batton throws yet another curve ball. Even though the premise of Interface is emerging technology, Batton doesn’t use a lot of techno-speak. This should please those of you that like to read thrillers, but shy away from techno-thrillers because of the overly complicated lingo, yet at the same time, Interface keeps those of us that do like the techno in techno-thrillers intrigued.  For those of you that like a good thriller, Interface will be sure to please.

Tony Batton is planning to release the next in the series, Resurface, sometime in September.

What about the science?

The Technical Word in Review: MRI– which stands for magnetic resonance imagery, is a medical diagnostic test that many of you may be familiar with, but have you ever wondered about the science behind it? In order to understand how an MRI works, we need to look at the behavior of hydrogen at the quantum level, which means we enter into the Land of Oz. The focus is on hydrogen because our bodies are made up of primarily water which means a lot of hydrogen atoms.  A hydrogen atom is basically a proton and one of the properties of a proton is that it has an angular momentum, which physicist refer to as spin, though in the true since of the word it is not an actual spin but a spin in the quantum sort of way. When the positively charged proton ‘spins’ in the presence of a magnetic field it will precess, which is best describe as a motion much like a spinning top. The other characteristics of a proton’s spin is that it can spin in two possible directions or orientations, which in turn is influenced by its surrounding environment. All of this is important because it is the basis of magnetic resonance.

When someone is placed inside an MRI, a strong magnetic field is applied and all of the protons that are found in water will spin in the same orientation in the direction of the magnetic field. When a radio frequency is briefly applied or pulsed toward the magnetic field, the protons are stimulated by the pulse and their alignment within the magnetic field is disturbed. As soon as the energy from the radio wave pulse dissipates, the protons will work on realigning themselves within the magnetic field and at the same time releasing of burst of energy which is then picked up by a detector. In a typical MRI scan, multiple pulses of radio frequency are applied, and not all of the protons will respond to the pulses in exactly the same way because their spin state is effected by their surroundings, which in the case of a person is the surrounding tissue.  It is these differences that create the pattern that exist in an MRI image.

Tom took a deep breath. “I had an MRI this evening.”

Chatsworth swallowed visibly. “Why would you do that?”

“You said you performed an MRI on me.”

“And now we both know that to be a lie. There’s something in my head. Something metallic. The MRI had to be shut off: I was in excruciating pain.”-Interface

Some metals such as iron, cobalt, and nickel can have ferromagnetic properties, which means that when these metals are exposed to a magnetic field they themselves will become a magnet and become strongly attracted to the magnet of the MRI, which is a very strong magnet. In order for a metal to be ferromagnetic, it must be in its metallic form, which means that not all iron, cobalt and nickel will react equally to the magnet.  Let’s take iron for instance. Our body contains about 4 grams of iron which is found in every cell of our body with relatively high concentrations in our blood cells.  So you would think that the iron in our blood would react with the magnet of the MRI, but it doesn’t.  The reason being is that the iron in our body is not ferromagnetic because it is not in its metallic form but instead is complexed with a protein such as hemoglobin or ferritin.

Most Favorite in the series: Resurface with a score of 4.35

Least Favorite in the series: Interface with a score of 4.15

Based on overall ratings from Goodreads, Library Thing,  Rakuten Kobo, and Amazon

The building was not what it seemed to be.

Dominique Lentz: A former employee of Cerus Biotech that was lead scientist in the Tantalus project

When Tom Faraday joined internationally renowned CERUS Biotech, he thought he’d landed his dream job. A chance to work with their famous CEO, William Bern, perhaps to change the world.

But Tom has found himself in an organisation in crisis. The company bet the house on a radical neural interface project, only to be blocked by a government with reasons of its own. Now CERUS is running on vapour and the corporate vultures are gathering. Bern isn’t one to go down without a fight. He’s turned things around before, and he has a plan to do it again.

The problem is, twenty-five years ago CERUS made a similar mistake. And if history is repeating itself, Tom might be the only one who can stop it.

“An interface. A point where two systems would meet and interact. Man and machine.”

Looking for a review of Interface?  Check out:

4 Kids And A Chicken

My review of Resurface

A Chief Executive in jail, a company in tatters.

A hidden facility pushing the boundaries of scientific research.

A deadly assassin on a mission for revenge.

An item of unstable technology stolen from a CIA black site.

A plot to make us more than human, whatever the risks.

A young man that connects them all.

Looking for a review of Resurface?  Check out:

Spines In A Line 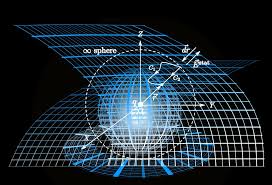 #3-Symbiosis- (To be determined) 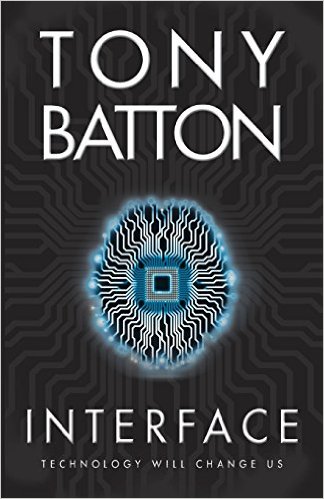 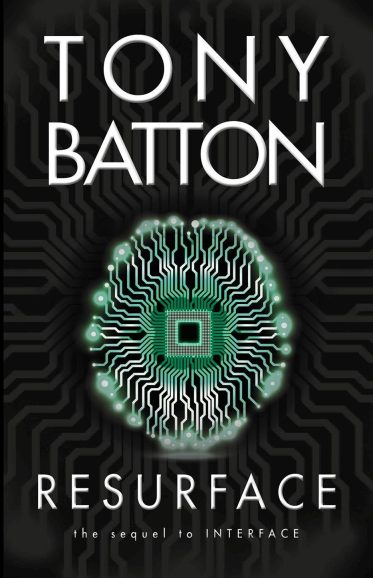