Soon to be released 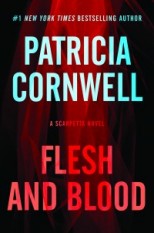 It’s Dr. Kay Scarpetta’s birthday, and she’s about to head to Miami for a vacation with Benton Wesley, her FBI profiler husband, when she notices seven pennies on a wall behind their Cambridge house. Is this a kids’ game? If so, why are all of the coins dated 1981 and so shiny they could be newly minted? Her cellphone rings, and Detective Pete Marino tells her there’s been a homicide five minutes away. A high school music teacher has been shot with uncanny precision as he unloaded groceries from his car. No one has heard or seen a thing. In this 22nd Scarpetta novel, the master forensic sleuth finds herself in the unsettling pursuit of a serial sniper who leaves no incriminating evidence except fragments of copper. The shots seem impossible, yet they are so perfect they cause instant death. The victims appear to have had nothing in common, and there is no pattern to indicate where the killer will strike next. First New Jersey, then Massachusetts, and then the murky depths off the coast of South Florida, where Scarpetta investigates a shipwreck, looking for answers that only she can discover and analyze. And it is there that she comes face to face with shocking evidence that implicates her techno genius niece, Lucy, Scarpetta’s own flesh and blood.

A long-buried family secret resurfaces when one of Aloysius Pendergast’s most implacable enemies shows up on his doorstep as a murdered corpse. The mystery has all the hallmarks of the perfect murder, save for an enigmatic clue: a piece of turquoise lodged in the stomach of the deceased. The gem leads Pendergast to an abandoned mine on the shore of California’s desolate Salton Sea, which in turn propels him on a journey of discovery deep into his family’s sinister past. But Pendergast learns there is more at work than a ghastly episode of family history: he is soon stalked by a subtle killer bent on vengeance over an ancient transgression. In short order, Pendergast is caught in a wickedly clever plot, which will leave him stricken in mind and body…and may well end with his death.

A Rizzoli and Isles Novel

Boston Detective Jane Rizzoli is on the case of a big game hunter found dead in his apartment, alone with a the body of a beautiful white snow leopard he had recently been commissioned to procure and stuff for a high-profile museum in the area. Medical examiner Maura Isles connects the case to a number of seemingly unrelated deaths where the victims have all been found hanging upside down, the hallmark of a leopard’s kill. Rizzoli follows the puzzling trail of clues all the way to Botswana, where she uncovers the unsolved mystery of a deadly camping safari four years prior. When she realizes the two cases are connected, Rizzoli must track down the sole survivor of the tragic trip to discover who – or what – is behind these gruesome deaths. 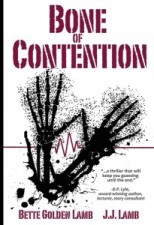 On her first day in the Ob/Gyn Women’s Health Clinic, a co-worker suffers a mystifying post-abortion death due to sepsis.

Gina thinks it’s an inside job, but gets no support for her theory. Convinced she’s right, she risks everything to dig into the who and why of the deaths. She wants to know if someone is deliberately causing clinic patients to suffer horrible deaths.

Fiancé Harry  is worried about her and postpones taking another travel nurse assignment. Instead, he signs on as an on-call ICU nurse at Ridgewood.

To Gina’s delight, and distress, her younger brother, Vinnie, shows up, back from his second tour of duty in the Middle East. He’s received a medial discharge and is deeply depressed and suicidal. Vinnie also brings news that Gina’s ex-husband, Dominick, is out of prison and still enraged that she helped put him away for three years — for almost killing her. Word is that he broke parole and is on his way from New York to San Francisco.

Gina sticks with her daring and danger-filled investigation. Her efforts bring her closer and closer to solving the sepsis deaths, but also make her the target of anti-abortion fanatics.

As she closes in on the murderer, her ex-spouse arrives in San Francisco, hell-bent on killing her. Gina is faced with having to outmaneuver Dominick while racing to expose the murderer before either can trap and kill her.

Unexpectedly called in to the Charlotte PD’s Cold Case Unit, Dr. Temperance Brennan wonders why she’s been asked to meet with a homicide cop who’s a long way from his own jurisdiction. The shocking answer: Two child murders, separated by thousands of miles, have one thing in common—the killer. Years ago, Anique Pomerleau kidnapped and murdered a string of girls in Canada, then narrowly eluded capture. It was a devastating defeat for her pursuers, Brennan and police detective Andrew Ryan. Now, as if summoned from their nightmares, Pomerleau has resurfaced in the United States, linked to victims in Vermont and North Carolina. When another child is snatched, the reign of terror promises to continue—unless Brennan can rise to the challenge and make good on her second chance to stop a psychopath.

But Brennan will have to draw her bitter ex-partner out of exile, keep the local police and feds from one another’s throats, and face more than just her own demons as she stalks the deadliest of predators into the darkest depths of madness. 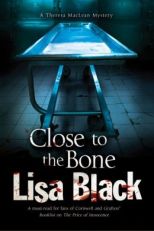 Forensic scientist Theresa MacLean stumbles across a murder rather too close for comfort when she returns to the Medical Examiner s office following a late-night call to find one deskman missing and the other beaten to death. Written in blood above the dead man s head is a single word: Confess .

It s the first time a homicide has taken place actually within the ME s office. Medical Examiner Stone works on how to spin the news while Theresa works the scene.

When a second victim is discovered, Theresa uncovers a link to the death of another co-worker, records secretary Diane Allman, who was murdered in her own home ten years before. As she painstakingly pieces the clues together, Theresa realizes that she has become an integral part of a ruthless killer s murderous agenda. And if she is to survive, she must find out what really happened to Diane all those years ago.