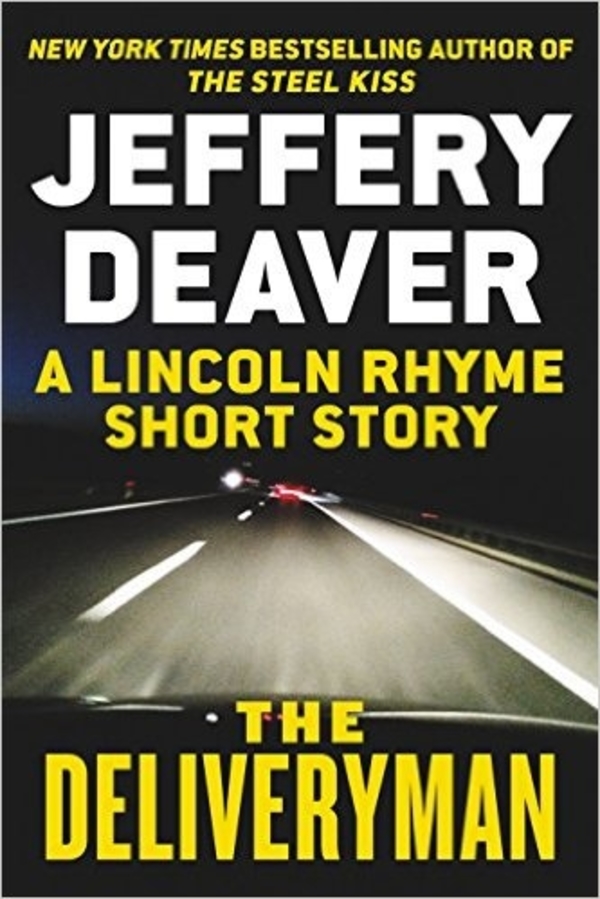 The focus of my blog is to review book series and not individual novels, but writers are going to continue writing novels within a series even after I have done my review, so I plan on reviewing the individual novels as they come into circulation.   Jeffery Deaver just recently added book #11.5, a novella, entitled The Deliveryman, to the Lincoln Rhyme series.

Normally, I don’t read short stories especially thrillers, because by the time the story has worked its way up to the thrilling aspect of the adventure, it ends. It’s like being a kid on Christmas morning and finding out that the only presents that you got were socks and underwear. Huge anticipation but big disappointment. So I almost didn’t read Jeffery Deaver’s short story, The Deliveryman, but after finishing reading an early release of Deaver’s next Lincoln Rhyme novel The Steel Kiss, (which, by the way, I will be reviewing next week) I still felt in the mood to read some more Deaver and then thought about The Deliveryman.  It only cost me 99₵, and it took about an hour to read.  Well it wasn’t as bad as getting socks and underwear for Christmas, but more like getting a really cool Iron Man T-shirt even though you really had your heart set on getting the latest video game.   So bottom line, no AWESOME!!

The story begins with the investigation into the murder of Eduardo Rinaldo while he was making an apparent delivery. Rinaldo had his own delivery company which on the surface seemed legitimate, but after some investigation seemed not to be so squeaky clean.  After the murder, Rinaldo’s delivery truck was found with his young son still in the cab and an empty trailer. To find any connections that might lead to the murderer, Sacks and Rhyme dig into finding the delivery location of his cargo, but what they find instead was something considerably more sinister.

The Steel Kiss will be released on March 8th.

To learn more about the series check out Jeffery Deaver’s Lincoln Rhyme series.