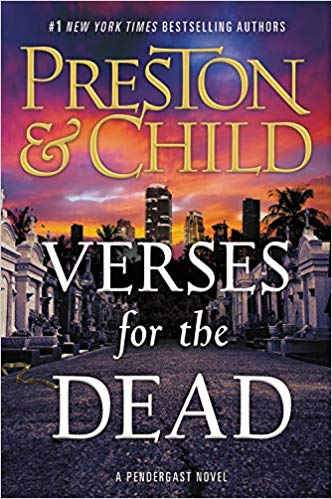 Didn’t get invited to any New Year’s Eve party? Looking for something to get your mind off of it? How about perusing the 18th book in the Pendergast series, Verses for the Dead, which has been released today? You’ll be glad that you didn’t get an invitation.

Pendergast and his new teammate, junior agent Coldmoon, are assigned to Miami Beach, where a rash of killings by a bloodthirsty psychopath are distinguished by a confounding M.O.:

cutting out the hearts of his victims and leaving them-along with cryptic handwritten letters-at local gravestones, unconnected save in one bizarre way: all belonged to women who committed suicide.