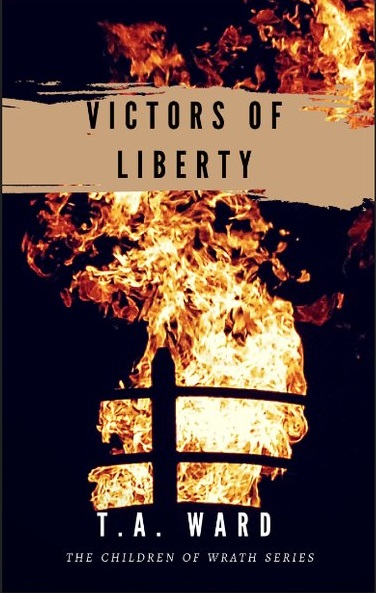 Because of a drug known as D-Maz that treats patients exposed to a deadly chemical known as Obcasus, Arthur King was born an Inexorable, those that have a neurological disorder that results in violent pathological behavior. But Arthur’s father, who was a doctor, cured him. Unfortunately there are many people that are like Arthur who have not been cured and their lives are in danger. It is up to Arthur to save them. T.A. Ward has released today her third addition to her Children of Wrath series, Victors of Liberty. For thriller fans, this is a must read series.

In a world of Obcasus, no war is safe.

The United States has reached a level of darkness unmatched in years prior. When Bryan Powell issues a universal death penalty for all living Inexorables, costs mount to terrifying proportions for the cohort. War or surrender is inevitable. The only problem? The darkness is as much inside of A.K.’s own mind as it is in the outside world. Plagued by memories of the past and audible hallucinations, A.K. is as much a threat to the revolution as he is an ally. If the cohort wants any hope of survival, sacrifices must be made, lies must be told, and betrayals must be confronted head-on. Victors of Liberty is the final book in the Children of Wrath Trilogy.