Just an updated on the release dates for the newest additions to the series that I have reviewed. 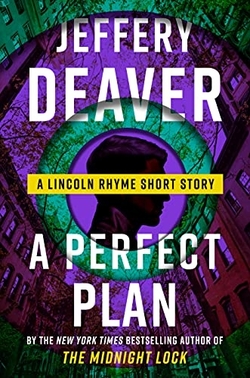 When the FBI comes to Lincoln Rhyme with the news that a mysterious assassin is targeting him, the detective is not particularly concerned. With his long career putting away criminals, he is accustomed to threats on his life, and has designed his Upper West Side townhome to be secure against nearly any threat. But when the assassin gets too close for comfort, shadowing Rhyme and his wife Amelia Sachs as they go about their daily life, Rhyme determines to find out why this person is after him. He must put himself inside the mind of a killer in order to save his own life, and possibly the lives of those he loves most.

THE MISSION: Sink an unsinkable warsub.

It’s a vessel created to start — and end — wars: a dreadnought.

At over four hundred meters long with a crew of six hundred, it’s the largest submarine in the world.

And a brand new weapon: The Tsunami Plow.

The warsub has just devastated the United States Submarine Fleet HQ on both the Atlantic and the Pacific Coasts. Thousands are dead and the subsequent environmental disaster has pushed the US economy to the breaking point.

Now Truman McClusky, Mayor of Trieste City on the shallow continental shelf just off the coast of Florida, has given his team an impossible task: infiltrate the enemy warsub, blend in with a hostile crew, damage the vessel from within, and hope to hell they can escape before it takes them all down.

But they have no choice. They have to sink the warsub, or die trying.

Because its next target is the one that would spell doom to The Rise of Oceania: Trieste City.

Forensic pathologist Kay Scarpetta has returned to Virginia as the chief medical examiner. She and her husband Benton are headquartered five miles from the Pentagon, in a post-pandemic world that’s been torn apart by civil and political unrest.

Just weeks into the job, Scarpetta is called to investigate a woman’s body which has been shockingly displayed on railroad tracks. As Scarpetta follows the trail, it leads unnervingly close to her own neighbourhood …

At the same time, two scientists are found dead in a top-secret laboratory in outer space. Scarpetta is summoned to the White House Situation Room and tasked with finding out what happened. But even as she’s working the first crime scene in space from the ground, an apparent serial killer strikes again. And this time, Scarpetta could be in greater danger than ever before… 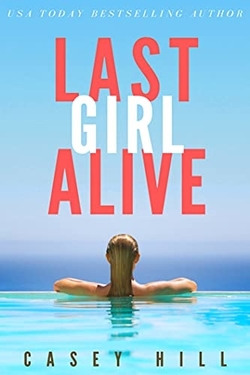 Tess Gerritsen – Listen To Me 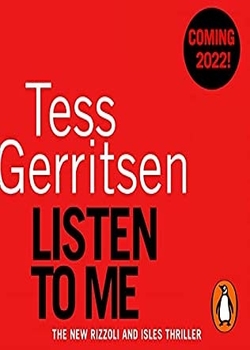 Detective Jane Rizzoli and Forensic Pathologist Maura Isles are investigating the gruesome murder of a nurse, whilst also protecting a young student from a stalker. But immersed in their day jobs, will they lose sight of something sinister happening much closer to home

Diane Connors is a dedicated doctor with the world’s biggest secret, a discovery that could have shocking global ramifications.  But while conducting private research trials, word has gotten out. The wrong people have heard the news and now want to hide Diane’s achievement for their own ends.

With nowhere else to turn, Diane finds herself on the doorstep of the last man she wants to ask for help: her ex-husband, Joe Quinn. Joe has remarried, and he and his wife, Eve Duncan, seem blissfully happy in their quiet, rural life until they are faced with the challenge of risking it all—even their marriage itself—for the greater good …

Now Eve is trapped in a web of murder and deceit as powerful enemies rush to cover up the truth, determined that Diane’s discovery goes with her to the grave—even if Eve and Joe get buried with her.