Future of the series:  Dublin has recently been publishing under his real name Jon McGoran and has turned his focus to writing ecothrillers.  I am not expecting to see anymore CSU Investigation novels in the future but you never know.

For those of you who live or are from the City of Brotherly Love, then D.H. Dublin’s CSU Investigation series may be just for you. Dublin grew up and lives in Philadelphia, and incorporates much of that good ole Philly charm into his stories. CSU stands for Crime Scene Unit and the unit in Dublin’s stories is manned by seven individuals. The head of the unit is Lieutenant David Cross, with two investigators; Tommy Frank and Melissa Rourke, both which are police officers and two laboratory investigators; Aidan Veste, a chemical analyst, and Madison Cross. The novels primarily focus on Madison Cross, who is the newest member of the unit and is a medical doctor that just graduated from medical school and decided to opt out of a residency program to run the DNA lab and she is also David Cross’ niece. Of all the characters, Madison is the one character that is the most difficult to like and this is unfortunate because, in general, the series is quite good with the exception of Madison.   The reason that Madison is so difficult to like is that she enters into her new position, which doesn’t require a medical degree, and seemingly takes over the investigation plus she acts like bit of a know-it-all and nobody likes a know-it-all. Plus her uncle is the head of the unit, which seems like a bit of nepotism to me.

Even though the main character may be a bit annoying, the stories are pretty interesting and there is actually a fair amount of science. D.H. Dublin is actually the pen name for Jon McGoran and interestingly enough, if you visit his website there is not a word mentioning this series, it is almost as if he doesn’t want anyone to know about it (Update:As of 3/16/15, McGoran has updated his website to include his DH Dublin novels). It seems that he has had a change of heart in writing forensic thrillers and has centered his attention on eco-thrillers.  Because this series is relatively unknown, and with the fact that McGoran seems to want to bury it away, it may be difficult to get a copy of the first book in the series, however, the other two books are available as an e-book. Each novel is a fast read and can be read as standalones.

Most Favorite Novel in the Series- Freezer Burn, because of the very intriguing storyline

Least Favorite Novel in the Series- Body Trace, Madison Cross is more annoying in this book more so that the other novels.

What about the science? McGoran (Dublin) is not a scientist but he tries to be accurate in his depiction of the forensics. The Crime Scene Unit of Philadelphia is a real unit but McGoran took a bit of literary license in his portrayal of it. The real unit is made up of approximately 30 members and their chief job is to collect evidence at a crime scene, which means that take photographs and fingerprints, as well as collecting any material that can be used as evidence. The evidence is then sent to the forensics labs which are not part of the CSU.  The investigation itself is left up to the homicide detectives which are part of another branch of the Philadelphia police department. 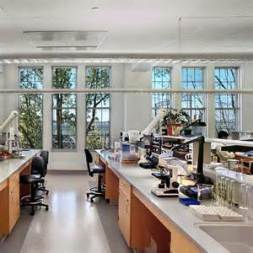 Inside one of  the Philadelphia Forensic Science Center’s laboratories

The Madison Cross Technical Word in Review: Mitochondrial DNA testing– Any lover of forensic thrillers will eventually come across the use of DNA testing to help capture the bad guy or exonerate the wrongly accused. Deoxyribonucleic acid or more readily known as DNA is the blueprint for all life forms and is the reason that each person is unique. For the most part, the sequence of DNA is almost identical from individual to individual, which is good, because the proteins that are encoded by DNA must conserve their sequence from generation to generation in order to be functional. Unacceptable changes to a genes code would lead to disastrous results. Even though DNA is virtually identical from individual to individual, there are segments of the DNA that are non-coding and are prone to changes. These regions are known as hyper-variable and it is these regions that are of interest to the forensic scientist.

Within these hyper-variable regions of DNA are segments that have repeating units know as small tandem repeats (STRs). There are thirteen regions or loci of STRs that are used by law enforcement agencies to help identify an individual. Using thirteen loci reduces the probability that two individuals will have the same matching profile. Though this probability is very low it is not zero (Norrgard, K). The more loci that are used, the more reliable that identification will be unique, which is why the FBI plans to increase the number of loci from thirteen to twenty sometime in the near future (Butler, JM).

There are countless times that CSI fanatics have observed a technician holding up tweezers with that illustrious fragment of hair, with a glean of excitement in their eyes knowing that they have found a gem of evidence to help solve the crime. However, for that poor sap in the lab doing the analysis, they may have wished that the samples were blood, semen or saliva. Hair is most useful if the root of the hair follicle is still attached. The root is the living part of hair and contains cells which have nuclear DNA which is used primarily in forensic DNA fingerprinting. However, if the root of the hair is not intact, all is not lost and even though the majority of a hair follicle is made up of a protein known as keratin, the protein was originally made by cells known as keratinocytes. The keratinocytes die off as the hair follicles grow leaving behind a tough shell made up of protein. When the keratinocytes die, their DNA is destroyed, however, during the last stages of keratinocytes differentiation, they are considered biologically dead but may still contain nuclear DNA as well mitochondrial DNA. Since these types of cells will be few in number, mitochondrial DNA will be the focus for testing mainly because there are many copies of mitochondrial DNA in a cell versus the one pair of nuclear DNA, which means there is more likelihood of getting results.

“Madison, this is Mark Daniels, from DNAPrint,” she said, leaving aside the question on whether she was interrupting.

“Nice to meet you, too,” he said. “Melissa told me a bit about your Jane Does problem, I think we could probably help you out.”

“Yeah, that’s what Melissa said. But you’re doing mitochondrial DNA testing right? I don’t see my lieutenant springing for that and I don’t know how helpful that would be.”

He started shaking his head halfway through what she was saying. “Not mitochondrial,” he said, as if it was not the first time he’d had to make that clear. “Nuclear DNA testing.”

“How does that work?” Madison asked dubiously.

“Well, we use the same basic techniques you use for forensic DNA testing. But we’re looking for different markers. You guys are looking for the little bits that make individuals different- we’ve isolated about ten thousand markers that are statistically proven to be distinct among the world’s major population groups. We study ‘biogeographical ancestry,’ or the heritable component of race. Right now we test for about a hundred and seventy-six markers. We’re working on a test that would only use twenty or thirty. Anyway, we test for those sequences, and … basically, that’s it. But since it’s nuclear, we get the whole picture, both sides of the family. With mitochondrial you just get the father’s side of the family. We give you a rough percentage of each major racial group in their profile.”–Blood Poison

A couple things to note about the above quote, mitochondrial DNA is inherited from the mother not the father. Also, the technique that Mark is referring to is the use of single nucleotide polymorphisms (SNPs) which differ from STRs in the fact that the DNA fragment that is a SNPs has one base or unit that is different and it is not hyper-variable like STRs but only moderately variable with changes occurring over several generations. Because these changes do not occur rapidly, it is possible to genetically follow the geographical origins of groups of people and how they have migrated over time. Forensics in general uses STRs because of the hyper-variability which gives more specific information on an individual level, but will use SNPs to get information such as race, and familial origins.

For the time being I am not going to list the most and least popular book of the series because the total number of ratings in Goodreads, Amazon (US & UK), and Library Thing add up to less than 100 which means statistically they don’t really have any meaning. So read the books and give a rating. 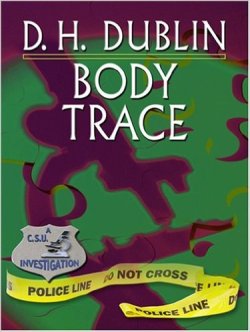 In the City of Brotherly Love, it’s known as the C.S.U.

Crime Scene Unit (C.S.U.): A group of forensic investigators who use cutting-edge technology to carry out crime scene investigations, helping to bring killers to justice.

Fresh out of med school and new to Philadelphia, Madison Cross is as green as they come. But she gets a chance to make her mark when everyone-including the police-is quick to write off the deaths of two college girls as drug overdoses. For Madison, the evidence at the crime scene just doesn’t add up.

Relying on her instincts, Madison embarks on an investigation that takes her from a pristine Ivy League campus to the seediest parts of town. And she must listen to what the bodies tell her-because unlike the living, the dead never lie.

Leaning against the wall next to the back door, Tommy Parker surveyed the scene.

In the Philadelphia Police Department, the Crime Scene Unit takes blood, sweat, tears-and other DNA samples. The death-by-overdose of Derek Grant, environmentalist and vegetarian, comes as a shock to almost everyone. His distraught, wheelchair-bound father, Horace, who found the corpse, wonders how Derek could do this. And the more rookie forensics detective Madison Cross investigates, the less his death makes any sense. But as she entangles herself in the web of their perverse family, Madison realizes, to her horror, that the killer is honing in on her.

Looking for reviews for Blood Poison? Check out:

Musings of a Bookish Kitty

Library Thing Rating: 3.60 out of 5 stars based on 5 ratings 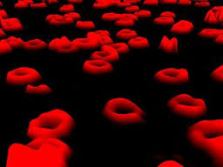 Listed #106 out of 121 on Goodreads Forensic Fiction Book List

From a distance, the red smudges that scuffed the median divider and the inside lane formed a sixty-foot-long dotted line along the Schuylkill Expressway.

The Crime Scene Unit knows that even the most cold-blooded killers leave clues.

A bag full of body parts. A man thrown from a car. A shriveled corpse. A gangster, tortured and killed. Besides the fact that the C.S.U. found them on the same day, it seems the cases have nothing in common. But, when interwoven, they point to a plot more elaborate than anything C.S.U. newbie Madison Cross has seen. To investigate, she’ll have to descend into Philly’s underworld of gang brutality, then rise to the highest echelon of organized crime. But both the gang and the killer hope to see her eliminated, once and for all.

Looking for reviews for Freezer Burn? Check out:

Library Thing Rating: 2.50 out of 5 stars based on 3 ratings 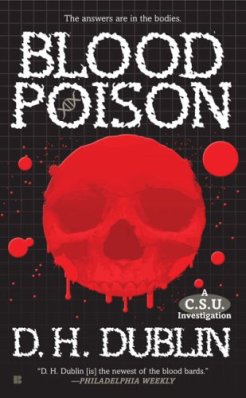