Future of the series:   Dwiggins has released the 5th book in the series which is entitled River Runner on 4/10/19.

Review of the latest in the series Skeleton Sea

Toni Dwiggins’ Forensic Geology Series is my first indie series that I am reviewing. For those who are not familiar with the term ‘indie’ it means that the series is published independent of mainstream publishers. This series caught my eye because I just recently purchased a Kindle, and I saw that the latest book of the series, Quicksilver, was going for 99¢, so I thought, why not, I can’t buy a decent cup of coffee for 99¢ but I can buy a book, WOW what a concept. For 99¢ my expectations weren’t very high but I found that the novel was considerably better than I expected, so I read the series and I am glad that I did.

This series is unique to the forensic thrillers that I have reviewed so far, in that, the forensic investigators are geologist. The series is told through the voice of Cassie Oldfield who works with her partner Walter Shaws on forensic cases that require geological expertise. The main value of having a forensic geologist on a case is finding out where a victim or a murderer traveled before they reached the scene of the crime, so it is all about location, location, location. When determining where a victim or murderer has traveled, a lot of hiking and climbing is required, so all the novels take place in remote wilderness areas. Another unique feature of this forensic thriller series is that the protagonist themselves are not the only ones in danger from the murderer but the murderer is plotting a more sinister crime that could have cataclysmic results such as volcanoes blowing up, and poisoning of large populations with mercury and radioisotopes. It is up to Oldfield and Shaws to stop the perpetrator before there is catastrophic damage, which makes for an exciting read.

Cassie Oldfield and Walter Shaws own a laboratory called Sierra Geoforensics. Oldfield started working for Shaws during the summer when she was a kid and Shaws took her under his wing and turned her into a geologist. The series begins with Oldfield all grown up with a considerably older Walter Shaws. Unfortunately, the weakness in this series is the lack of development of Oldfield and Shaws. Dwiggins spends considerable effort developing her secondary characters but spends little effort in developing Oldfield and Shaws. What is known about Oldfield is that her parents are cartoonist, and her brother, Jim, who had a prominent role in Volcano Watch, participates in the local biathlon. She also had a brother, Henry, who died from complication from hemophilia, and she frequently reflects on their time together in Quicksilver. She also had a couple of very, very brief romantic interludes in Badwater and Volcano Watch. They were so brief that if you weren’t reading closely, you would miss it. The only really personal thing that is known about Shaws is that he suffered from a mild stroke and that he had some kind a personal relationship with Lindsay Nash, a volcanologist, in Volcano Watch, but other than knowing that there were some love letters written, no details about the relationship were revealed. I hope to see more development of these two characters in the future.

Dwiggins publishes her own books so she doesn’t have the benefit of a professional editor, so the series, in general, is a bit on the rough side. There are a fair number of typos and awkward passages, and Dwiggins makes the mistake of naming two characters with the same first name. In Quicksilver, the person of focus in the investigation is named Henry and at the same time Oldfield does a lot of contemplation with respect to her brother, Henry, so it is really confusing at times to which character is being referenced. Overall, the series in general is fun to read. Each of the novels could be read as standalones. Quicksilver is listed as a prequel and I am not quite sure why because other than a pre-stroke Shaws, there isn’t really anything to indicate it is a prequel.

Most Favorite Novel in the Series–Badwater, with the exception of the poodle thing (you have to read it to know what I mean), I liked the cast of characters and the storyline is based on the dangers with working with highly radioactive material.

Least Favorite Novel in the Series– Quicksilver, because the story wasn’t about solving a murder but instead locating a missing unstable person.

What about the science? I am not a geologist, so I can’t really speak for the validity of the science. Dwiggins is not a geologist but is an avid hiker and a bit of a rock hound. Some of the tech lingo gets a little too techy even for me. For example, one sentence that I found in Quicksilver would make a fine title for a science journal article:

Dwiggins, T. (2013) Parent rock is likely a carbonaceous slate that got cooked in chiastolite hornfels when the magma intruded. Forensic Geo. Sers. (Quicksilver) 3, 31.

Thank goodness Dwiggins doesn’t do too much of this but she should tone it down just a tad or else she will drive readers away unless they have a degree in geology.

The Cassie Oldfield Technical Word in Review: Chiastolite hornfels-chiastolite is a variety of andalusite which is an aluminum neosilicate mineral, and is distinctive from other varieties of andalusite in the fact that it forms into the shape of a cross.

Vote for your favorite Forensic Thriller on the Forensic Fiction List on Goodreads Listopia.

Most Favorite in the series: River Run with a score of 4.11

Least Favorite in the series: Quicksilver with a score of 3.67 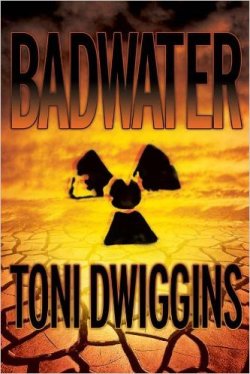 There was something odd about the figure coming down the dark road and I was not going to be happy until I could put my eyes on the details.

Forensic geologists Cassie Oldfield and Walter Shaws embark on a perilous hunt–tracking a terrorist who has stolen radioactive material that is hotter than the desert in August. He threatens to release it in America’s most fragile national park, Death Valley.

But first he must stop the geologists who are closing in.

As the hunt turns dangerous, Cassie and Walter will need grit along with their field skills to survive this case. For they are up against more than pure human malice. The unstable atom–in the hands of an unstable man–is governed by Murphy’s Law. Whatever can go wrong, will go wrong.

Saliano’s face sharpened. “Tell me about this Badwater race.”

“It’s a bunch of fools what come here in the heat of the summer.” Hap said, “and for no good reason under the blistering sun they runs theyselves from Badwater halfway up Mount Whitney.”

Looking for reviews for Badwater? Check out:

Tomes of the Soul

Middle of the Road Reviews 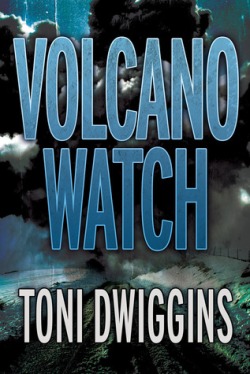 Listed #41 out of 172 on Goodreads Science Thrillers Book List

Twice, the mayor of my hometown gave me advice.

Roguish Adrian Krom: In charge of the federal emergency operation team to deal with the evacuation procedures at Mammouth Mountain.

Lindsay Nash: Volcanologist in charge of the study of the volcanic activity at Mammoth Mountain. She is good friends with Oldfield and Shaws.

Eric Catlin: Detective in charge of the murder

Mike Kittleman: A local who is friends with Oldfield’s brother Jimbo

NO WAY OUT–so says the note in the pocket of the murdered mayor.

The volcano beneath her town is seething, and the fate of Mammoth Lakes now rests in the hands of emergency planner Adrian Krom.

But Krom has his own agenda.

Investigating the case, forensic geologist Cassie Oldfield tracks mineral clues to discover how the mayor died–and what she found. As the volcano moves toward red alert, Cassie races to prevent ‘no way out’ from becoming a prophecy.

“He said Adrian Krom.” Her breath steamed. “He said that I am out of the loop.”

“That’s not precisely it, Lindsay. It’s more than that…”

I didn’t hear what more it was. I heard only that Lindsay Nash is out of the loop, and we’re under a volcano watch.

Looking for reviews for Volcano Watch? Check out:

Tomes of the Soul

The man who hired us took the lead.

Robert Shelburne: A client of Geoforensics who hires Oldfield and Shaws to locate his brother Henry

Henry Shelburne: Robert Shelburne’s brother who is damaged from years of exposure to mercury vapors

A young man disappears in the wilderness of the California mother lode. He leaves behind a gold-flecked rock and a vial of liquid mercury. He is a misfit in the modern world, a throwback to the Gold Rush days.

Following one of the ‘lost rivers’ of California, Cassie and Walter plunge into the dark history of the legendary lands, into the dark past of the brothers, into a poisonous sibling feud that threatens both lives and the land.

And the question then becomes: which brother is on the hunt?

Something was written on the buckle, in thin curlicue lettering. I took up my hands lens.

“It says quicksilver. Dad gave him the nickname too.”

I put down the lens.

“Quicksilver is what the miners called liquid mercury, back in the day. For the color and the volatility.” Shelburne gave a sad smile. “Henry liked to play with the stuff.”

Looking for reviews for Quicksilver? Check out:

Library Thing Rating: 3.31 out of 5 stars based on 8 ratings

Listed #158 out of 172 on Goodreads Science Thrillers Book List

Listed #101 out of 121 on Goodreads Forensic Fiction Book List

My review of Skeleton Sea

When the detective phoned to enlist our services he characterized the case as a mystery at sea.

Jake Keasling: Sandy and Lanny’s brother who is a bit of a slacker

When a boat is found deserted off the California coast, it looks to be a simple fishing accident. But there is nothing ordinary going on here. The geologists track the strange incident to an even stranger project. Someone with toxic skills is at work in this sea.

“You asked about algal blooms.  There is a diatom that caused some nasty blooms here and there.  It’s adaptable to warming seas.  It’s called Skeletonema costatum.  Under the microscope it looks, well, skeletal.” She shrugged.  “After I’ve had a strong whiskey or two I’ve been known to employ S. costatum in a metaphorical sense.  We’re in danger of reducing our oceanic ecosystem to a skeleton of its former self.  Oceanus skeletonema.

Looking for reviews for Skeleton Sea? Check out:

Library Thing Rating: 3.50 out of 5 stars based on 6 ratings 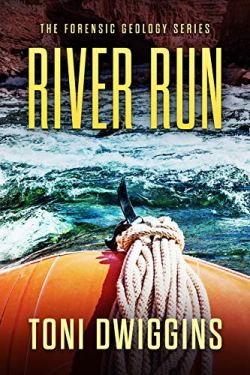 “There’s a boatload of ways to die in the Grand Canyon,” the ranger said.

There are plenty of ways to die in the Grand Canyon.

The only clue to the fate of the rafters is a bag of pebbles caught by the bow line. Following that clue, the geologists uncover a hellish scheme. Not only are the rafters in peril, but the river itself is under attack.

The race to stop it takes Cassie and Walter deep into the canyon, and onto the mighty river, putting their own survival at stake.

Library Thing Rating: 3.67 out of 5 stars based on 3 ratings 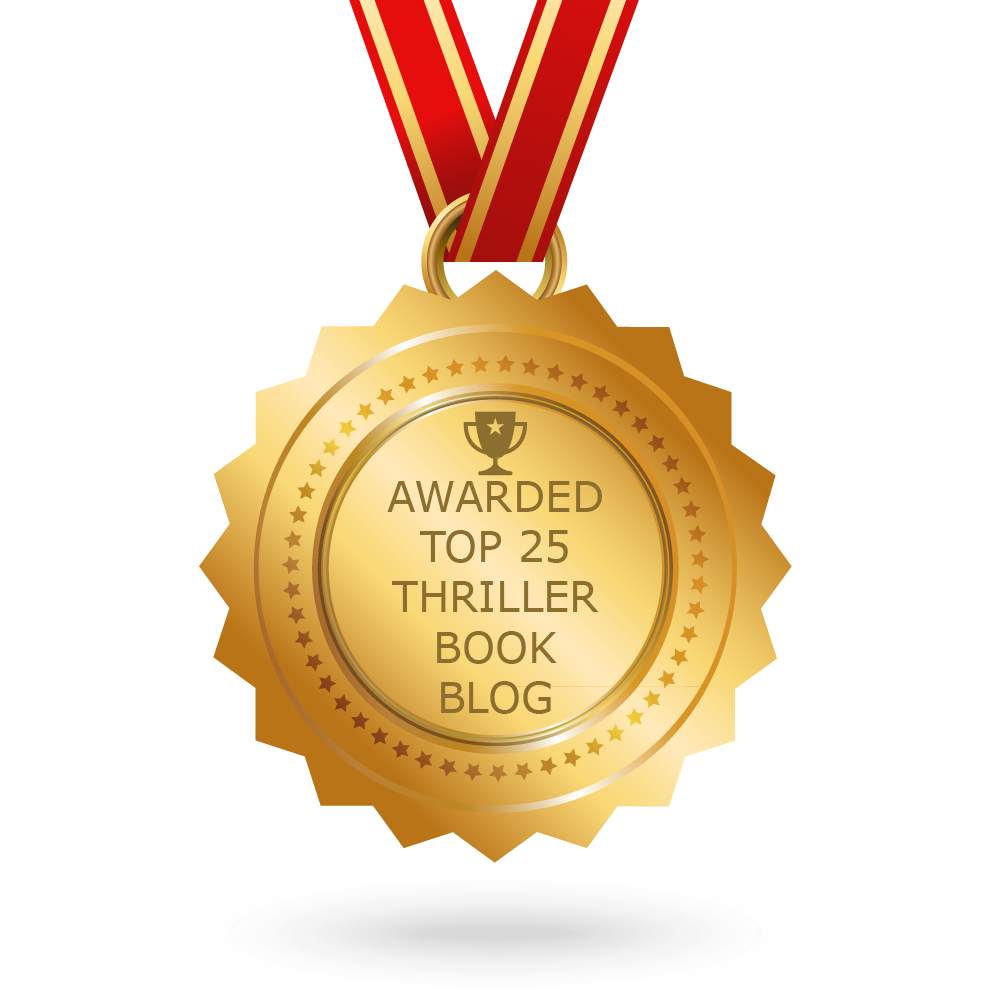 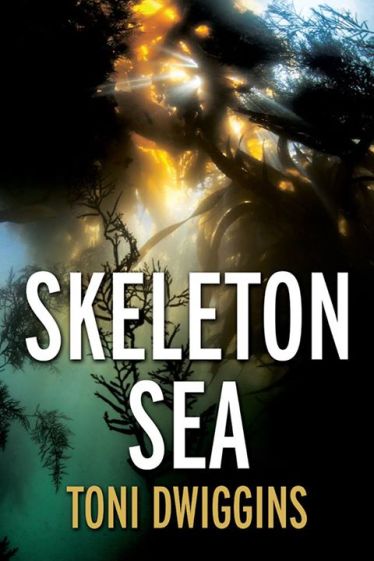