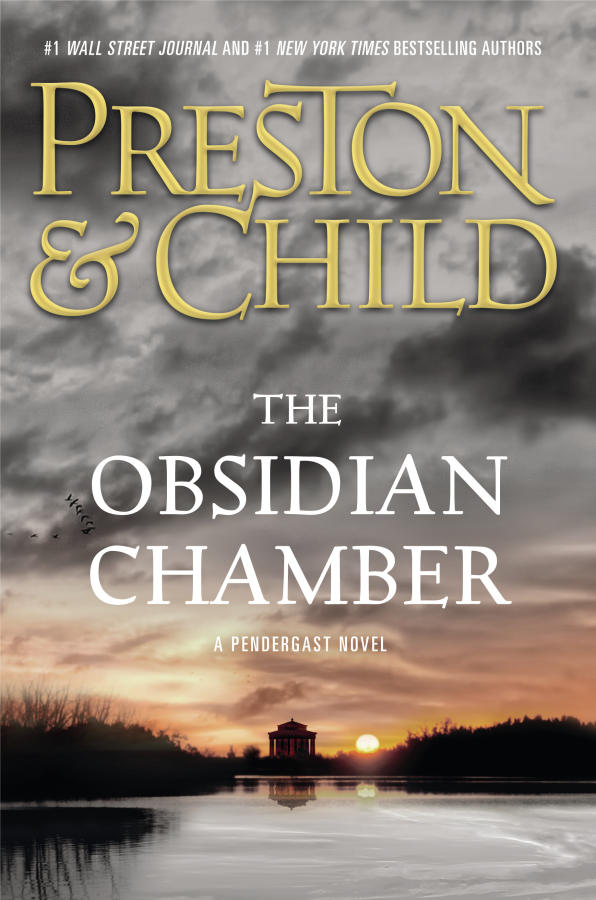 Douglas Preston and Lincoln Child, authors of the splendidly entertaining Pendergast series, and Grand Central Publishing have released today book #16 in the series, The Obsidian Chamber.

A TRAGIC DISAPPEARANCE
After a harrowing, otherworldly confrontation on the shores of Exmouth, Massachussetts, Special Agent A.X.L. Pendergast is missing, presumed dead.

A SHOCKING RETURN
Sick with grief, Pendergast’s ward, Constance, retreats to her chambers beneath the family mansion at 891 Riverside Drive–only to be taken captive by a shadowy figure from the past.

BUT IN A WORLD OF BLACK AND WHITE, NOTHING IS AS IT SEEMS
And by the time Proctor discovers the truth, a terrifying engine has stirred-and it may already be too late.