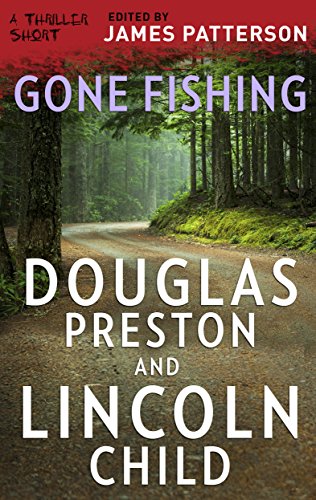 Douglas Preston and Lincoln Child’s novella, Gone Fishing, was actually first published in 2006 as part of an anthology entitled Thriller: Stories To Keep You Up All Night which was edited by James Patterson. Today, Preston and Child are releasing it separately from the short story collection. It features Vincent D’Agosta which all of us fans of the Pendergast series know and love.

Douglas Preston and Lincoln Child feature New York City policeman Vincent D’Agosta, who becomes involved with the theft of an ancient Incan sacrificial knife. But before D’Agosta can apprehend the thieves, they meet an untimely death. The particularly gruesome nature of the murders will leave D’Agosta longing for his more conventional villains—heat-packing crackheads, Hummer-driving pimps, two-dollar murderers, subway turnstile jumpers and the assortment of other freaks and bad guys he knows so well from the streets of New York City. His instincts tell him two things for certain: the inexplicable violence of this case has nothing to do with the original heist, and there are going to be more murders.