War has come to the darkest depths of the deepest oceans.

Mayor Truman McClusky of Trieste City is at war with the world’s superpowers. Laying claim to the resources of the ocean and its floor is the only way to survive in a world where Global Warming and rising sea levels ravage the surface. But when a Trieste City spy ends up dead―his body beaten beyond recognition―Mac realizes that his city is in mortal danger. The occupying force in Trieste knows more about his plans for independence than he thought, and they will stop at nothing to control Trieste and her people.

Mac flees with a small team that includes scientist and newcomer to the underwater city, Dr. Manesh Lazlow. Together they head for a secret base in the Mid-Atlantic Ridge where they plan to create new technologies to fight the superpowers for dominance over the oceans. But the French have picked up Mac’s scent and will stop at nothing to kill him. Mac must elude the French, protect his citizens against sabotage and spycraft, and discover the identity of a spy in his midst if he is going to save his city and compete with the superpowers. But he’s just a tiny player in the grand scheme of ocean politics. . . .

. . . unless he can get his new deep-sea engine working. With it he’ll be able to forge deeper than any other sub in the oceans. And if that happens, then all hell is about to break loose.

At six kilometers down. 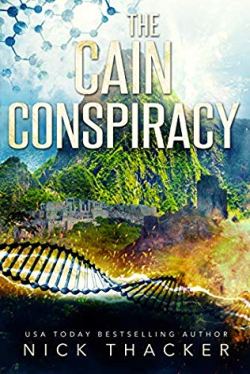 Nearby, Vicente Garza has been working on something in a top-secret base.

Harvey Bennett wants to find out what it is.

For years Garza has been building his private security firm, Ravenshadow, and he has been working with scientists and investors to bring new defense technology into the world — and sell it to the highest bidder.

He’s outdone himself this time, and the results are terrifying.

Harvey “Ben” Bennett and his Civilian Special Operations team travel to Peru to figure out what it is Garza’s been working on, and then figure out how to stop him.

When they get there, they quickly realize that things are not what they seem. Their fears turn to terror when they find out that not only can they not stop it…

They also cannot escape it.

Science, religion, and history collide… in a terrifying finale.

NEVER AGAIN.
A fascist administration rounds up undesirables. Terrorist groups strike governmental and religious targets. The Constitution is under assault. But for the scattered members of INTEL 1, the nightmare is just beginning.

Dozens of identical blue shoes are found in the ocean off the southwestern coast of Florida, all with a severed human foot inside, all exhibiting unmistakable signs of violence. They appear out of nowhere one day, floating in on the tide as if appearing out of nowhere.

Called off the tarmac from his return flight back to New York City, Pendergast reluctantly arrives on Captiva Island and is quickly drawn into the mystery. A preliminary pathology report indicates the feet were wrenched from their bodies in the crudest of ways. As the days continue, more wash in until the number tops one hundred.

Soon, Pendergast and his partner, junior agent Coldmoon find themselves squaring off against an adversary more powerful and deadly than they’ve ever encountered. 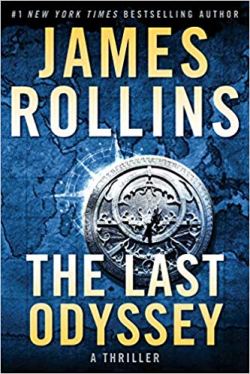 For eons, the city of Troy—whose legendary fall was detailed in Homer’s Iliad—was believed to be myth, until archaeologists in the nineteenth century uncovered its ancient walls buried beneath the sands. If Troy was real, how much of Homer’s twin tales of gods and monsters, curses and miracles—The Iliad and The Odyssey—could also be true and awaiting discovery?

In the frozen tundra of Greenland, a group of modern-day climatologists and archaeologists stumble on a shocking find: a medieval ship buried a half mile below the ice. The ship’s hold contains a collection of even older artifacts—tools of war—dating back to the Bronze Age. Inside the captain’s cabin is a magnificent treasure that is as priceless as it is miraculous: a clockwork gold atlas encircled by an intricate silver astrolabe. The mechanism is signed with the name of its creator, Ismail al-Jazari, a famous Muslim inventor considered to be the Da Vinci of the Arab world—a brilliant scientist who inspired Leonardo’s own work.

Once activated, the moving globe traces the path of Odysseus’ famous ship as it sailed away from Troy. But the route detours as the map opens to reveal an underground river leading to a hidden realm underneath the Mediterranean Sea. The map indicates that this subterranean world is called Tartarus, the Greek name for Hell. In mythology, Tartarus was where the wicked were punished and the monstrous Titans of old, imprisoned.

When word of Tartarus spreads—and of the cache of miraculous weapons said to be hidden there—tensions explode in this volatile region where Turks battle Kurds, terrorists wage war, and civilians suffer untold horrors. The phantasmagoric horrors found in Homer’s tales are all too real—and could be unleashed upon the world. Whoever possesses them can use their awesome power to control the future of humanity.

Now, Sigma Force must go where humans fear to tread. To prevent a tyrant from igniting a global war, they must cross the very gates of Hell.

Kathy Reichs – A Conspiracy of Bones 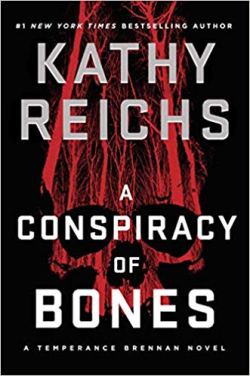 It’s sweltering in Charlotte, North Carolina, and Temperance Brennan, still recovering from neurosurgery following an aneurysm, is battling nightmares, migraines, and what she thinks might be hallucinations when she receives a series of mysterious text messages, each containing a new picture of a corpse that is missing its face and hands. Immediately, she’s anxious to know who the dead man is, and why the images were sent to her.

An identified corpse soon turns up, only partly answering her questions.

To win answers to the others, including the man’s identity, she must go rogue, working mostly outside the system. That’s because Tempe’s new boss holds a fierce grudge against her and is determined to keep her out of the case. Tempe bulls forward anyway, even as she begins questioning her instincts. But the clues she discovers are disturbing and confusing. Was the faceless man a spy? A trafficker? A target for assassination by the government? And why was he carrying the name of a child missing for almost a decade?

With help from a number of law enforcement associates including her Montreal beau Andrew Ryan and the always-ready-with-a-smart-quip, ex-homicide investigator Skinny Slidell, and utilizing new cutting-edge forensic methods, Tempe draws closer to the astonishing truth.

But the more she uncovers, the darker and more twisted the picture becomes…

In the twilight years of Henry VIII’s reign, alchemist’s daughter Bianca Goddard uses her skills to aid the living, and help seek justice for the dead . . .

While her husband fights the Scots on behalf of King Henry VIII, Bianca Goddard earns her coin by concocting medicines that offer relief to London’s sick. Some unfortunates, however, are beyond any remedies she can provide—like the young boy discovered hanging from a church dripstone. Examining the body, Bianca finds a rosary twisted around the child’s neck. A week later, another boy is found dead at a different church. When Fisk, the impish little son of Bianca’s acquaintance, goes missing, she fears he may become the third victim . . .

There are many villains who would prey on wayward, penniless boys. But Bianca suspects the killings are not brutal acts of impulse, but something far more calculated. In her room of Medicinals and Physickes she examines the sole piece of evidence: a sweet-smelling, dark-stained cloth. If Bianca can unravel its secret, reputations and lives will be saved. But the expected hour of the next murder is approaching, and a single misstep may mean another boy is lost forever . . . 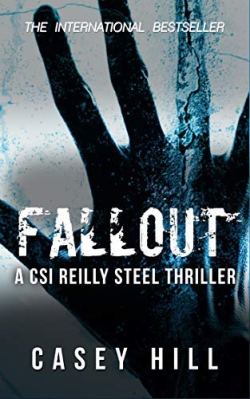 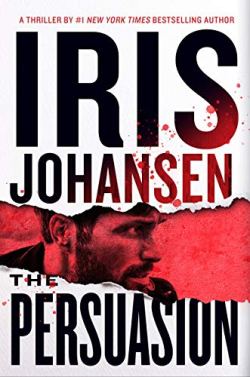 A drifter looking for direction.

A beautiful temptress with an offer.

Will lady luck bring Ben fortune, or a bullet to the back of the head?

Harvey “Ben” Bennett is lost, wandering, looking for his purpose.

But a cryptic call from an old friend drags him to Denver and introduces him to a mysterious woman with a proposal. It’s one he can’t refuse, but it also puts him in the line of fire from a group of dangerous hitmen.

Running for his life, Ben now sees danger everywhere he looks. He doesn’t know who to trust, and now the people after him have involved his family, as well.

Nick Thacker – The Book of Bones

“They were on the earth in those days—and also afterward—when the sons of God went to the daughters of humans and had children by them. They were the heroes of old, men of renown…” Genesis 6:4

Human history is about to change.

What we think we know is a lie.

Corrupt organizations and powerful religions have hidden the truth for centuries.

Now, Harvey Bennett is about to find that truth.

And that truth may kill him.

When Harvey Bennett’s friend is taken as collateral, his mission appears to be simple: find the Book of Bones, a lost dialog of Plato that details the rise and fall of the Atlantean civilization.

But what he soon discovers is that he is not the only one looking for it.

Even worse, he discovers what the Book of Bones describes: a long-lost secret that utterly terrifies him.

“What will you do now?”
“I shall be the hunter and not the hunted“

The girl with the dragon tattoo is finally ready to confront her nemesis, the only woman who is evidently and in many ways her match. Salander will not wait to be hunted. When she strikes it will be a double blow: vengeance for recent atrocities, and the settling of lifelong scores.

For months now Salander has been closing in on her target. She has moved from Stockholm, her hair is newly styled, her piercings are gone. She could pass for any other businesswoman. But not all businesswomen have a Beretta Cheetah beneath their jacket. They do not wield the lethal power of a hacker’s genius. They do not carry scars and tattoos to remind them that they have survived the unsurvivable.

The new episode in David Lagercrantz’s acclaimed, internationally bestselling continuation of Stieg Larsson’s Dragon Tattoo series is a thrilling ride that scales the heights of Everest and plunges the depths of Russian troll factories. It begins with the discovery of Mikael Blomkvist’s number at Millennium magazine in the pocket of an unidentified homeless man who died with the name of a government minister on his lips.

Blomkvist, at extreme risk to himself, tracks down his old friend and will protect her as far as he can. But he is powerless to crush her enemies on his own.

And for Lisbeth Salander, the personal is always political – and deadly.