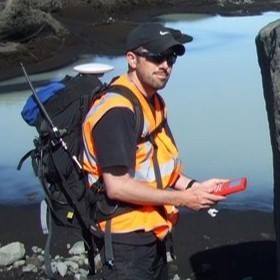 Future of the series: The latest book in the series is the Murder on Masaya which was released on 2/24/21

My review of Meerkat Murders

Most of the thrillers that I review usually involve medicine or technology which means that they are associated with the science of chemistry, physics, and biology. I have on occasion reviewed series that revolve around the science of geology, such as Toni Dwiggins’ Forensic geology series, and Samuel Marquis’ Joe Higheagle series. I have a soft spot for thrillers that feature geology because my first exposure to science was in the third grade, when we learned about volcanoes. It was when I held a piece of obsidian in my hand and thought, “wow this is really neat”, I knew that I wanted to be a scientist. I thought I wanted to be a geologist, but when I found out that geologist had to spend weeks in a tent, climb treacherous terrain, face inclement weather, and most importantly eat camping food, I knew my calling in science required something a little more cushy. So instead my love for geology can be satisfied while sitting on the bus and reading a good thriller, which brings me to indie author R.J. Corgan’s Kea Wright series.

Kea Wright is a geologist who spends her summers on the island of Iceland studying glaciers. In Corgan’s first book of the series, Cold Flood, Wright’s summer in Iceland proved to be more adventurous than expected. Each summer a group of volunteers arrive to help the research team with their work. This particular summer, the volunteers are from two tech companies that seem, on the surface, to be competitors with each other. Things begin to unravel when one of the volunteers, dies from an apparent suicide. This volunteer also happens to be a high school friend of Kea Wright. Wright becomes suspicious of her friend’s suicide as it seems unusual to come all the way to Iceland to commit suicide, so she begins sleuthing.

After reading the first chapter I thought that Cold Flood would be a decent thriller, but after reading the first half of the book, I would call it more of a mystery with a dramatic ending. The first half of the book spent considerable time learning about the volunteers. Personally, I felt that there were too many volunteers and I had difficulty keeping them straight. It took me a while to warm up to Wright as she seems, in the beginning, to be a bit on the insecure side. But there is nothing like a near death experience to boast your self-esteem, and Wright joins the club when she experiences a near fatal accident. From then on, Wright goes gung ho in proving that her ‘accident’ wasn’t a mere accident.

Cold Flood is a decent mystery and a perfect companion for a stormy afternoon. For you geology buffs, there is plenty of hiking, breath taking beauty, and, of course, great technology. There were a few details that were not resolved in the ending of Cold Flood which I assume will be addressed in future novels. The next book in the series is entitled Meerkat Murders which takes place in the Kalahari Desert and is expected to be released in the summer of 2019.

What about the science? Corgan has both a masters and a Ph.D. in geology. His Ph.D. thesis work focused on the glaciers of Iceland and he also worked with volunteers, so Cold Flood is a fictional version of his life.

The Kea Wright Technical Word in Review: Hydrogen Sulfide- You won’t be able to see hydrogen sulfide, but you sure can smell it. It is that rotten egg smell that we all know and love. Hydrogen sulfide (H2S) also affectionately known as sewer gas, can be produced by microbial breakdown of organic molecules that contain sulfur in areas of low oxygen such as sewers, swamps, and in our intestines. It is also a natural product found in areas with volcanic activity and geothermal areas such as the springs and geysers of Yellowstone National Park. Hydrogen sulfide is also one of those unusual molecules that can either kill you or make you healthier.

The deadly consequences of H2S is similar to cyanide poisoning which leads us to the production of adenosine triphosphate (ATP), the powerhouse molecule of the body and an absolute necessity for survival. It is produced by the breakdown of carbohydrates and synthesized primarily through what is called the electron transport chain, which is a series of enzymes that results in ATP production. One of the enzymes is known as cytochrome C oxidase which can bind quite readily to hydrogen sulfide which in turn disrupts its ability to function and ATP production is halted. At this point the mitochondria, which is the cell organelle that houses the electron transport chain, will begin producing superoxide, a free radical, which results in oxidative stress to the cells. The combination of damaging oxidative stress to the cells throughout the body and the reduction of ATP formation will ultimately lead to death.

On the flip side of the coin, hydrogen sulfide in very low concentrations actually has an important physiological function by interacting with proteins through a process known as sulfhydration. Sulfhydration is the chemical modification of a protein by the addition of a sulfhydryl (SH) group and this modification will change the functionality of that protein. Through sulfhydration, H2S acts as a vasodilator and helps regulate our blood pressure. If H2S concentrations are too low, this could lead to hypertension. Sulfhydration is also believed to be involved in the modification and stimulation of the anti-aging enzyme known as SIRT1 which is involved in the suppression of genes that should no longer be active. As we age, SIRT1 has a harder time keeping up with silencing dormant genes and activation of these genes can result in diseases such as Alzheimer’s, diabetes, and cancer. It is possible that H2S might be the answer to the fountain of youth by giving a helping hand to SIRT1. So it appears that H2S is like Goldilocks and the three bears, too little or too much will have adverse effects on our body, but just the right amount is golden.

“However”, Kea gestured to the expanse of streams and lakes in front of them, ‘we’ll be perfectly safe where we’re going today.”

“Perfectly safe,” Lexie repeated, “by going to a site where a flood excavated large volumes of sediment?”

“If you get a whiff of sulfur, let me know.” Kea wrinkled her nose. “Hydrogen sulfide is often associated with a jökulhlaup, as well as acidity in the water. It’s a result of gases released in the caldera.” 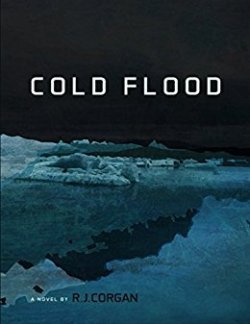 Andrea sprinted through the dark forest, her feet blindly finding purchase on the soft earth.

For geologist Kea Wright, when a volcano erupts under an ice cap, it isn’t just a good time, it’s a living.

Camped at the base of an icecap in southeast Iceland, geologist Kea Wright and her team are investigating landforms created by catastrophic floods. With only days left in the field season, bad weather on the way, and the volcano due to erupt at any time, the team is struck by a tragedy that threatens to shut down the entire project.

As the team rushes to complete their work, the expedition continues to be plagued by setbacks, leading Kea to wonder if the initial tragedy was an accident after all. During her reluctant – and inept – attempts to investigate, Kea inadvertently stumbles upon a secret. One so valuable, someone is willing to kill to keep it hidden.

Looking for a review of Cold Flood?  Check out:

Yet Another Blogging Mummy!!! 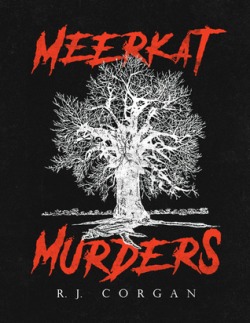 When an old colleague calls in a favor, Kea Wright travels into the Kalahari Desert and joins a team of scientists studying a colony of meerkats. Surrounded by these adorable creatures, Kea finds herself quickly seduced by the amenities of a well-funded research expedition: a luxurious lodge, state-of-the-art equipment, and daily baskets of fresh muffins.

In fact, it didn’t resemble any fieldwork she had ever done.

She remembered the conversation from that night at dinner, of meerkats murdering each other. We aren’t so different from our little friends.

Looking for a review of Meerkat Murders?  Check out:

Yet Another Blogging Mummy!!! 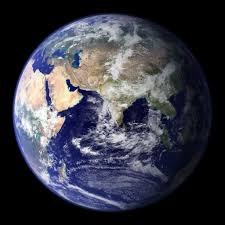 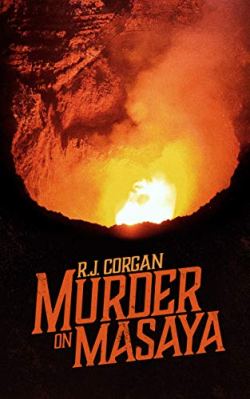 Known as the Gateway to Hell, natives once threw children into Masaya’s throat to appease the goddess living inside.

Geologist Kea Wright is leading an expedition into Masaya to discover the volcano’s secrets. Despite careful planning, Masaya devours a member of their team. As the rest of the team scrambles to get out, they can’t shake the feeling that they’re being hunted. Meanwhile, across Nicaragua, revolution starts to spread…

For Kea, life will never be the same.